Titti Garelli was born in Turin in the year 1949. She continues to live and work there in the present days. She was educated at the Turin Academy of Art, where she studied under the guidance of Sergio Saroni. The arresting quality of Garelli’s work was quickly recognized by publishers and advertising agencies, to whom she supplied art during the early years of her career. Although she was also showing in a few select galleries at this time, it was not until approximately 1990 that she began exhibiting internationally. Garelli continues to work as an illustrator, in addition to teaching at the Academy of Fine Arts in Cuneo.

The work “School report” comes from a reflection on sexuality in the generation of my mother and my grandmother, in a historical moment where nobody talked about sex, and never in a female perspective. Obviously people did the same thing that do today, with more guilt, but with the same fun.
Then there are the “School report”, authentic vintage finds, found in flea markets, that have struck me: they were so different from those that I received at the end of school year, that were sadly green-gray and always the same, but these were different each year both in graphics and in colors, and the other difference was that there weren’t votes (numbers) but opinions. The school represented, however, is the expression of the same values that there were in mine, duties and obligations, rules, obedience, reward and punishment; for this reason the first school reports show erotic scenes of spanking, set in an imaginary school, with improbable undressed schoolgirls and strict teachers. 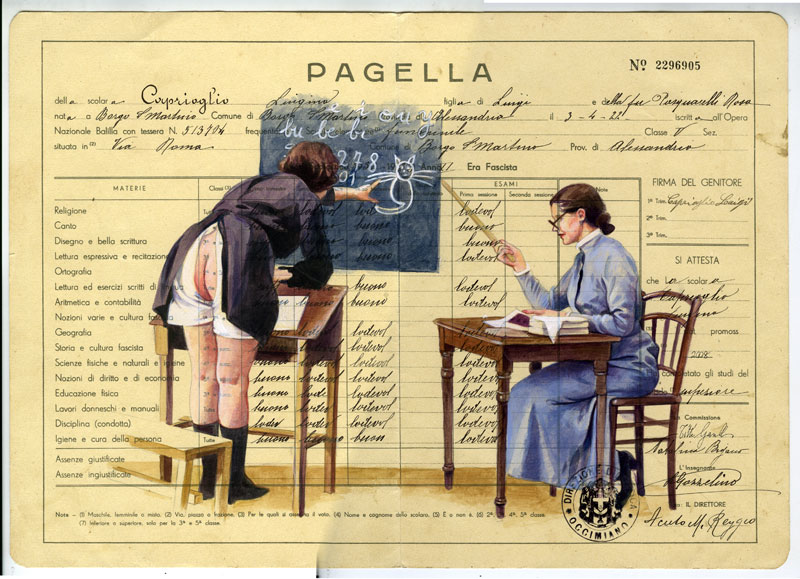 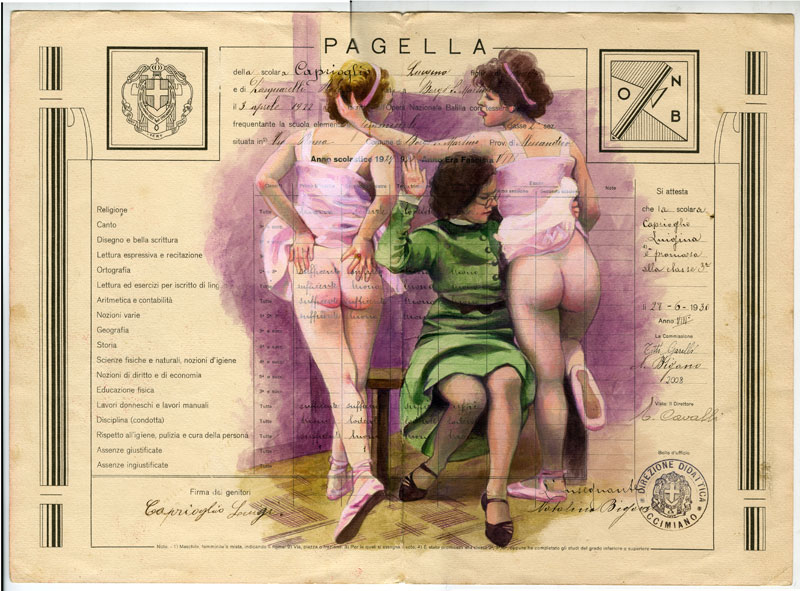 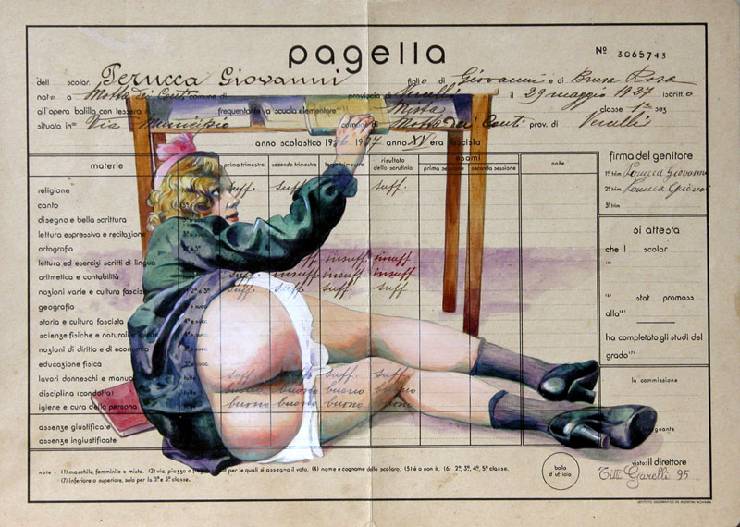 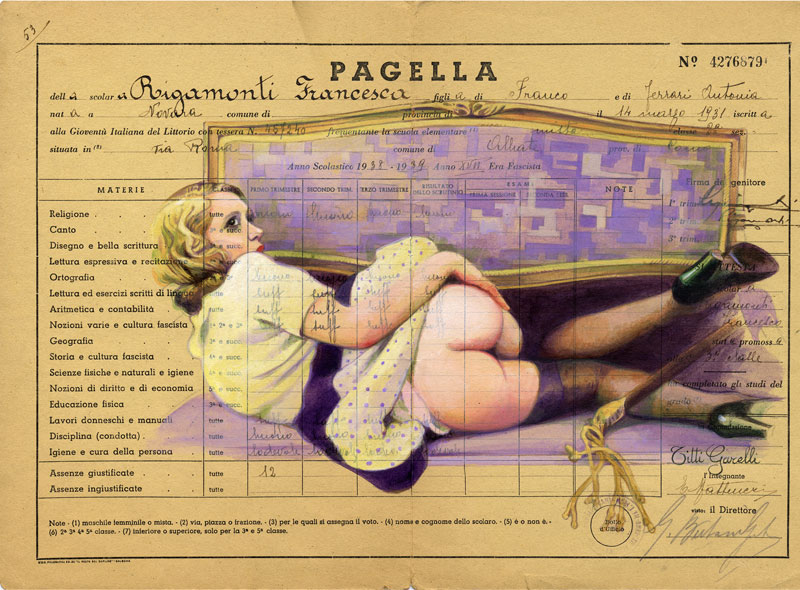 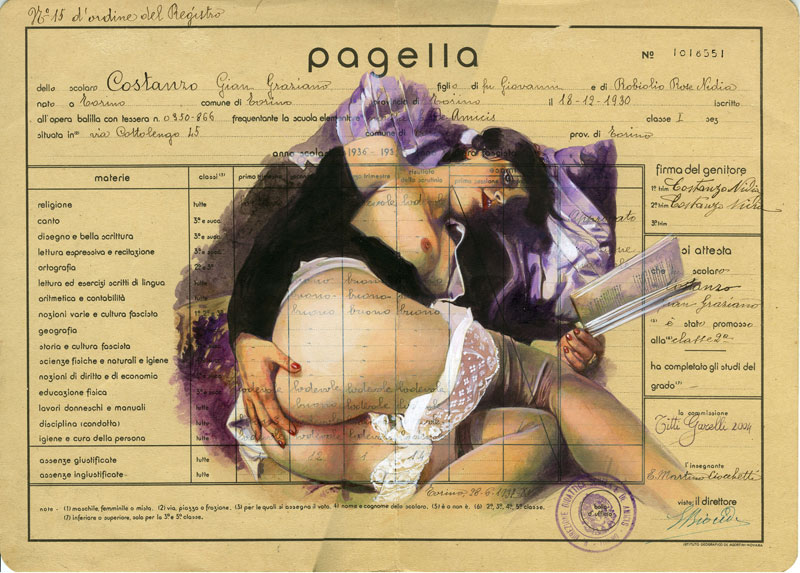 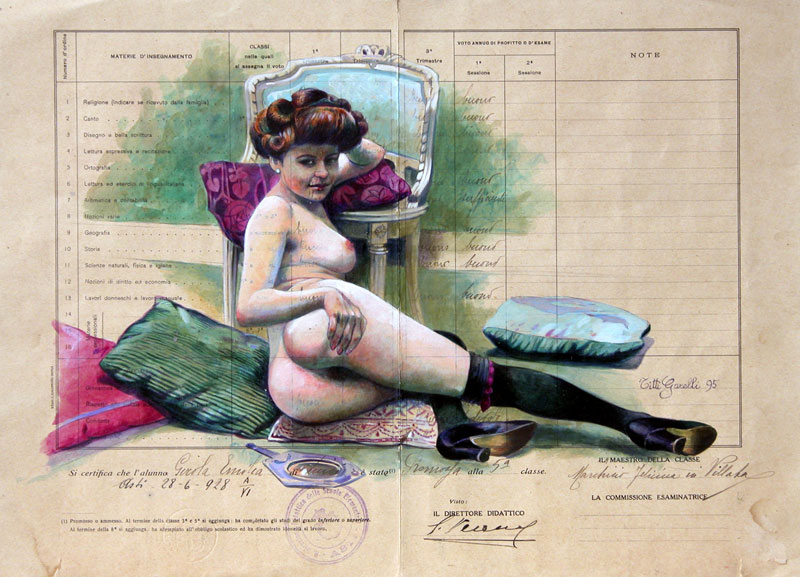 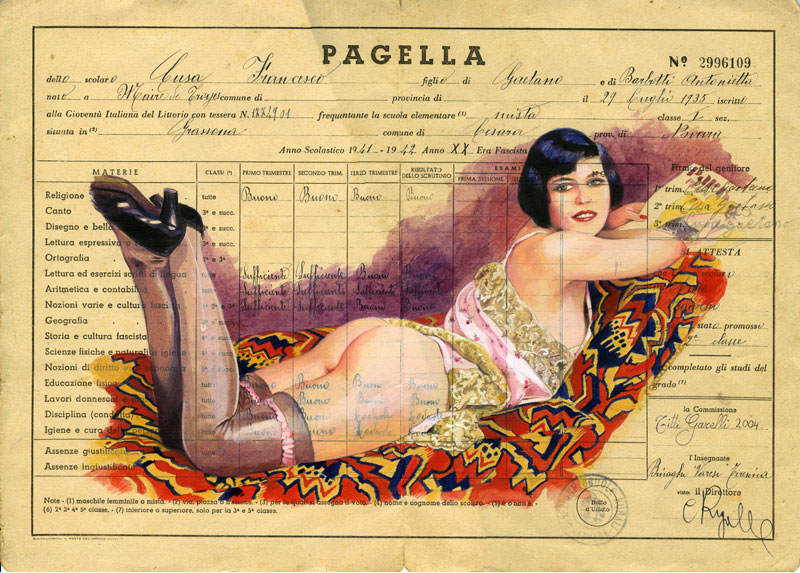 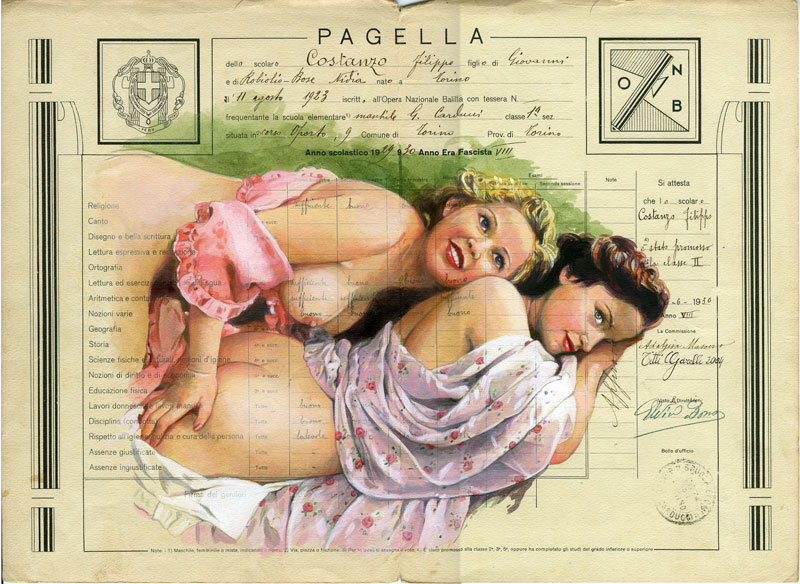 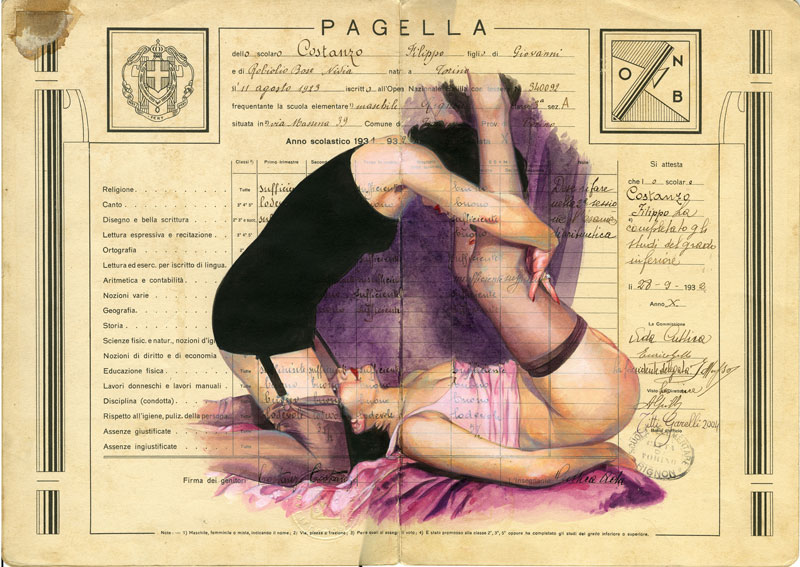 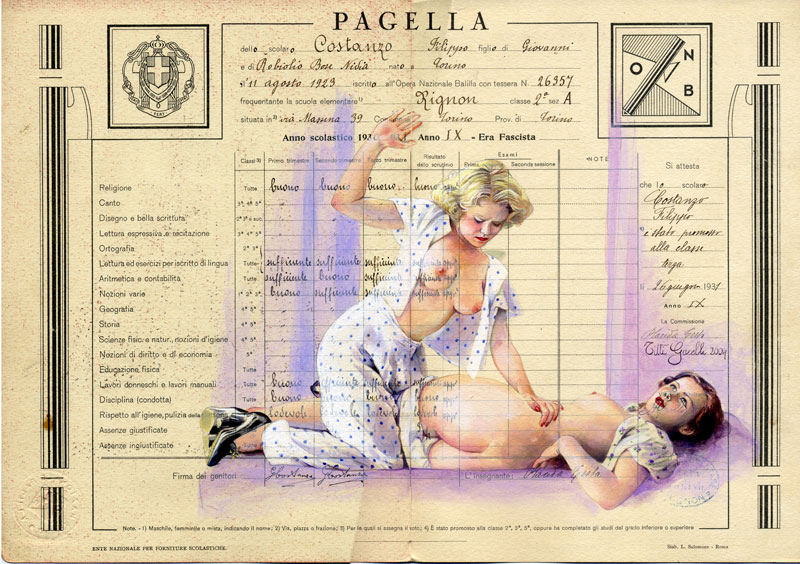 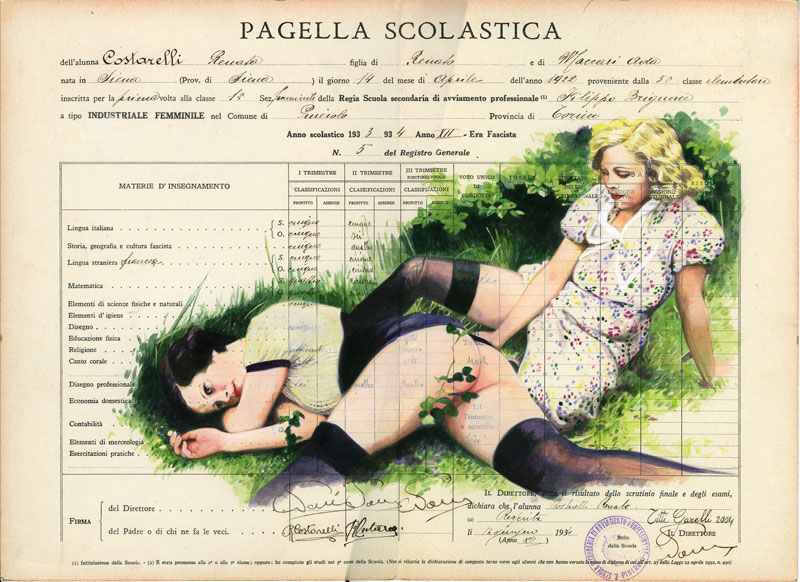 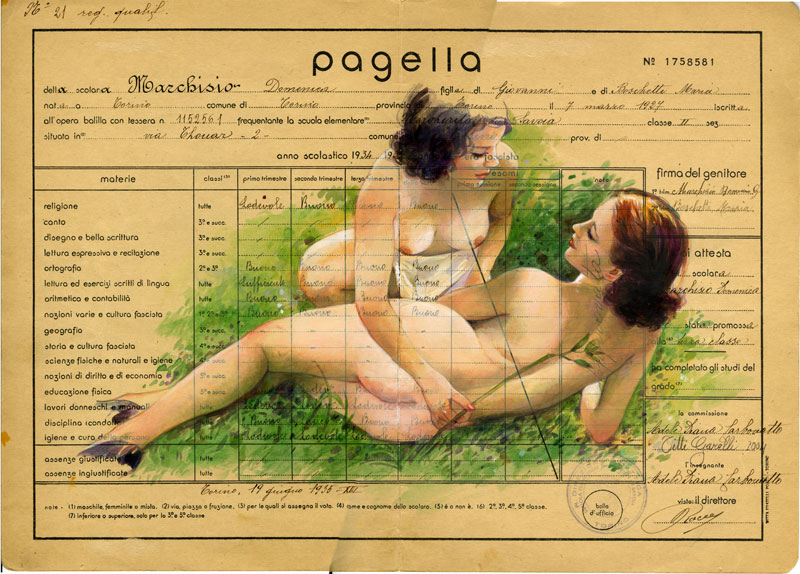 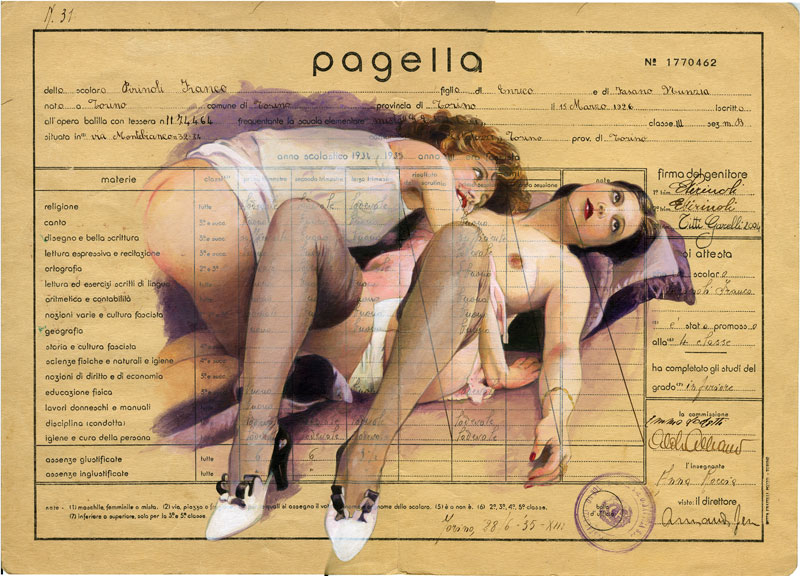 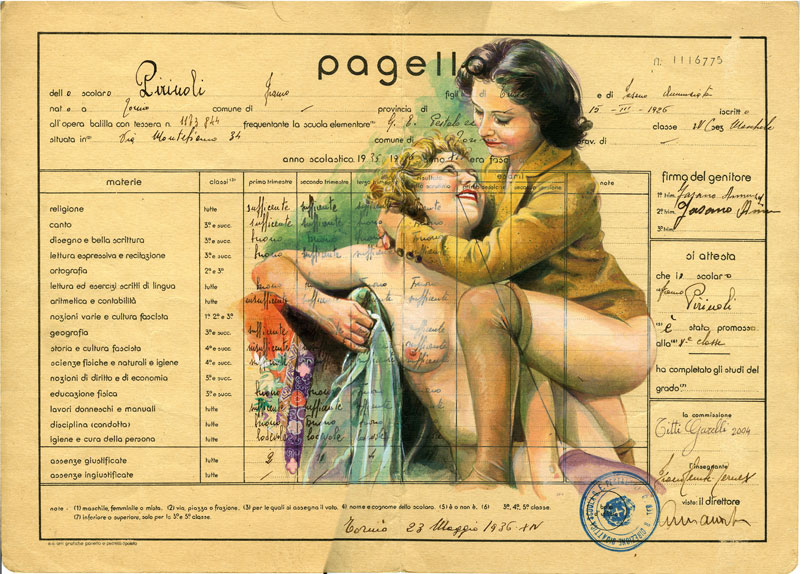 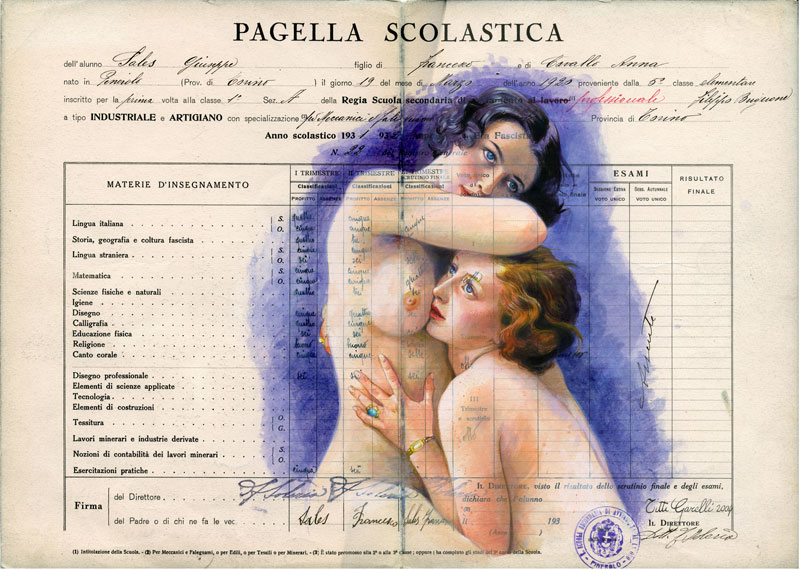 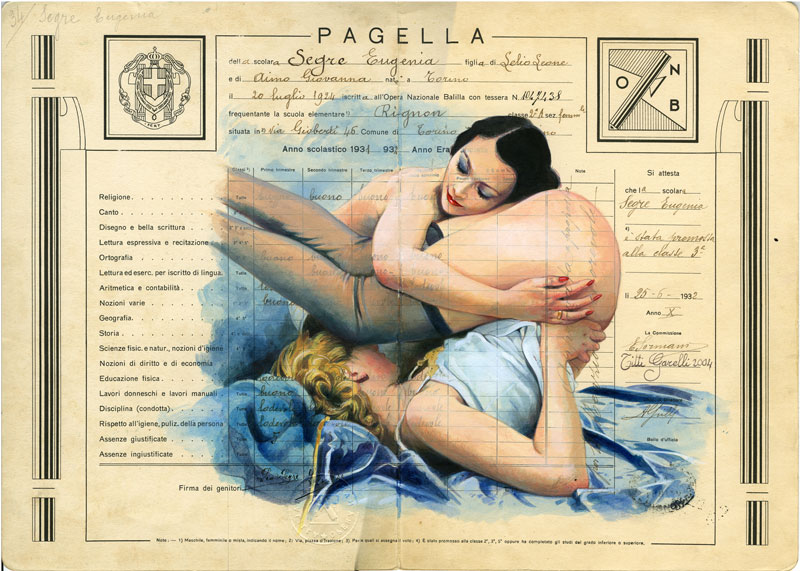 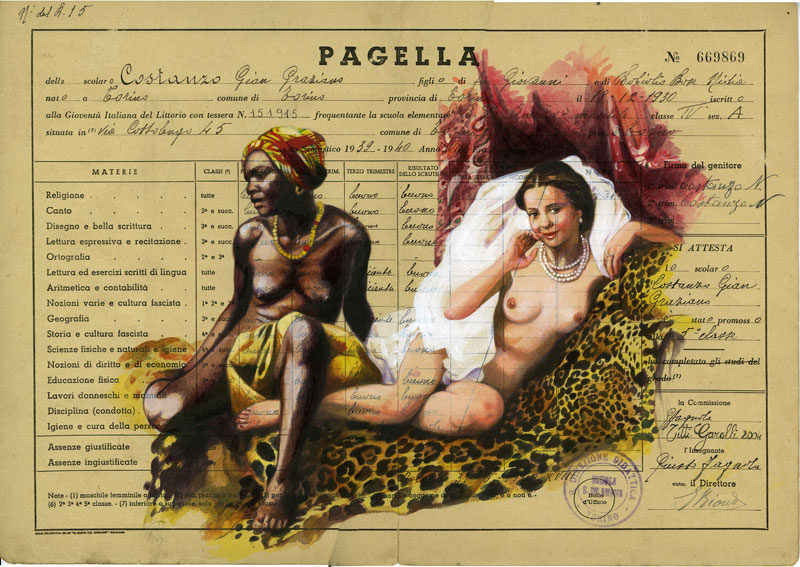 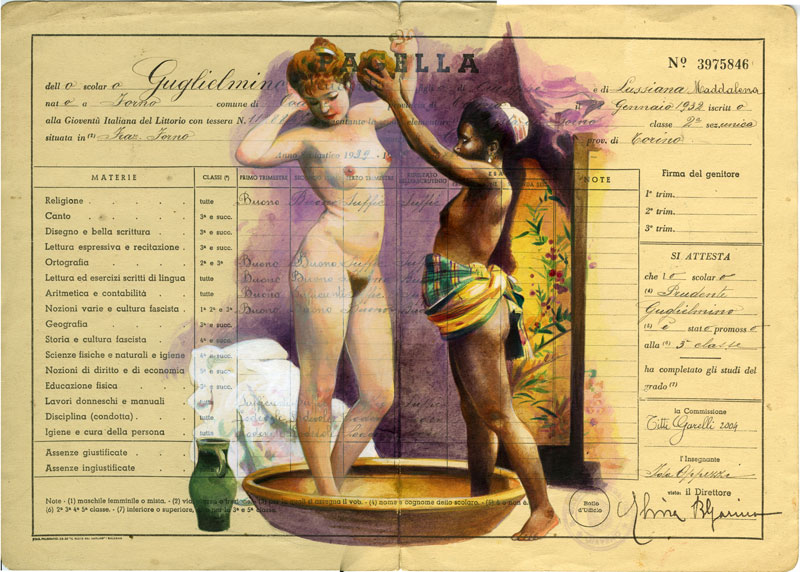 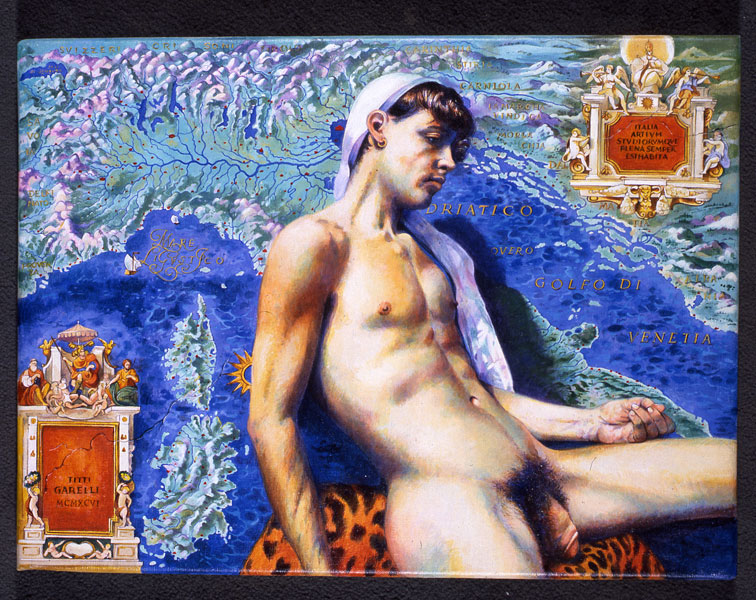