LRNZ
"Artist and designer based in Rome, Italy. Founder and member of the SUPERAMICI collective. In the past he was one of the five pillars of the glorious design studio called Chimp Co., later to be known as Studio Brutus."

"The story is about a couple that grow bigger and bigger while having sex. That’s it. They get so big that, after destroying a whole city, they become too heavy even for the earth’s gravitational field. They detach from the planet and get lost in space becoming a symbol of universal beauty and will expand more than the universe itself as long as they continue to love each other." 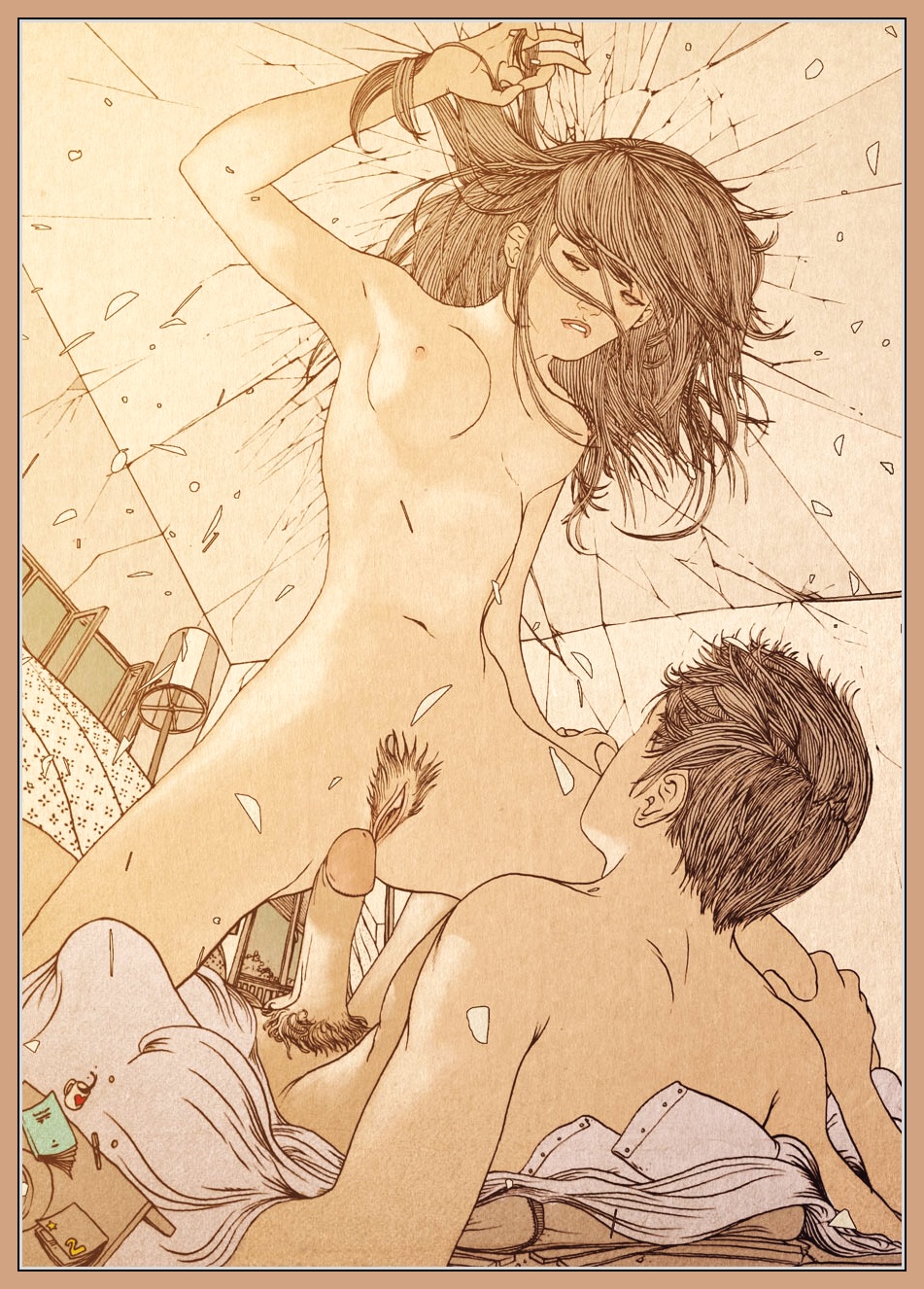 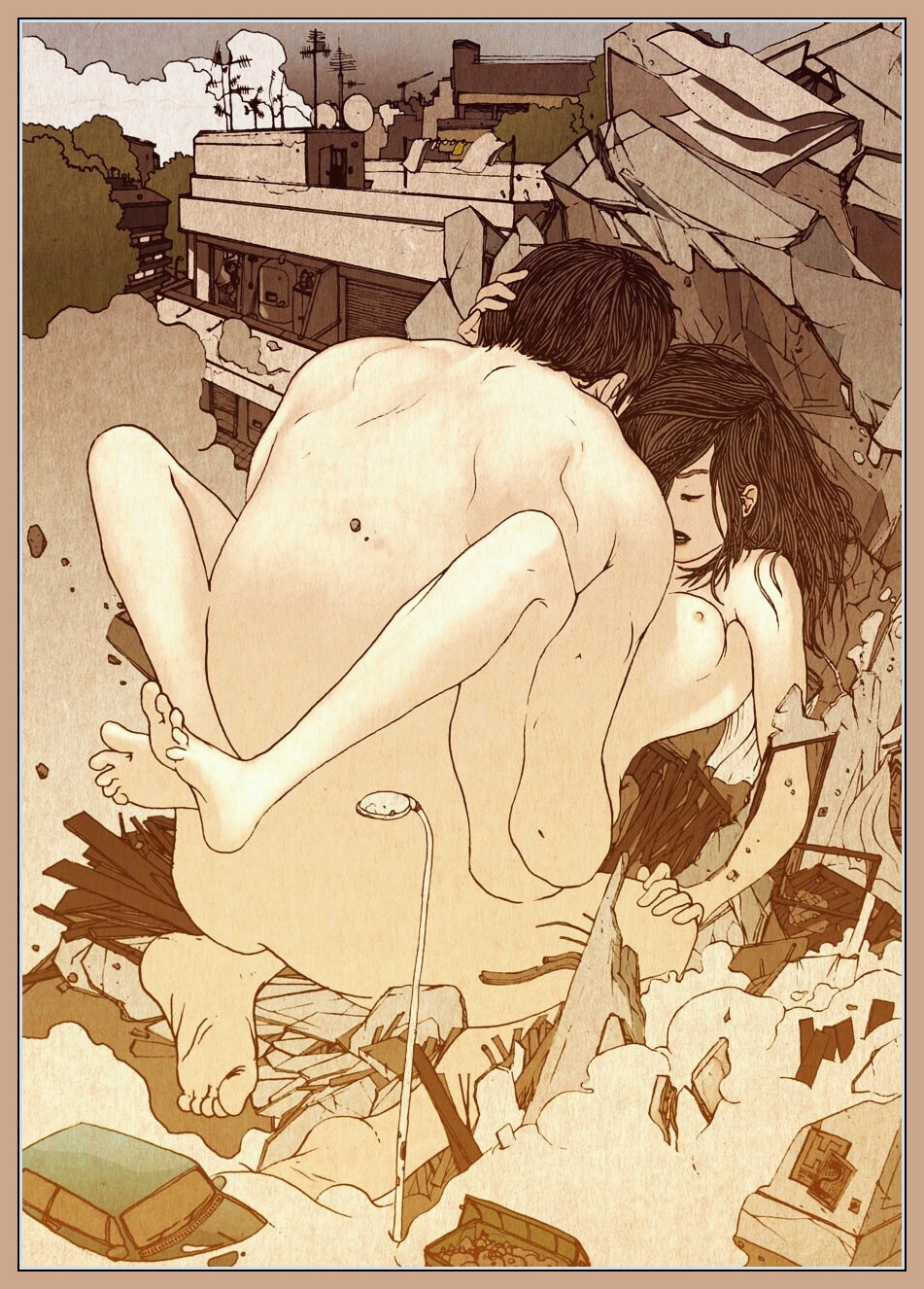 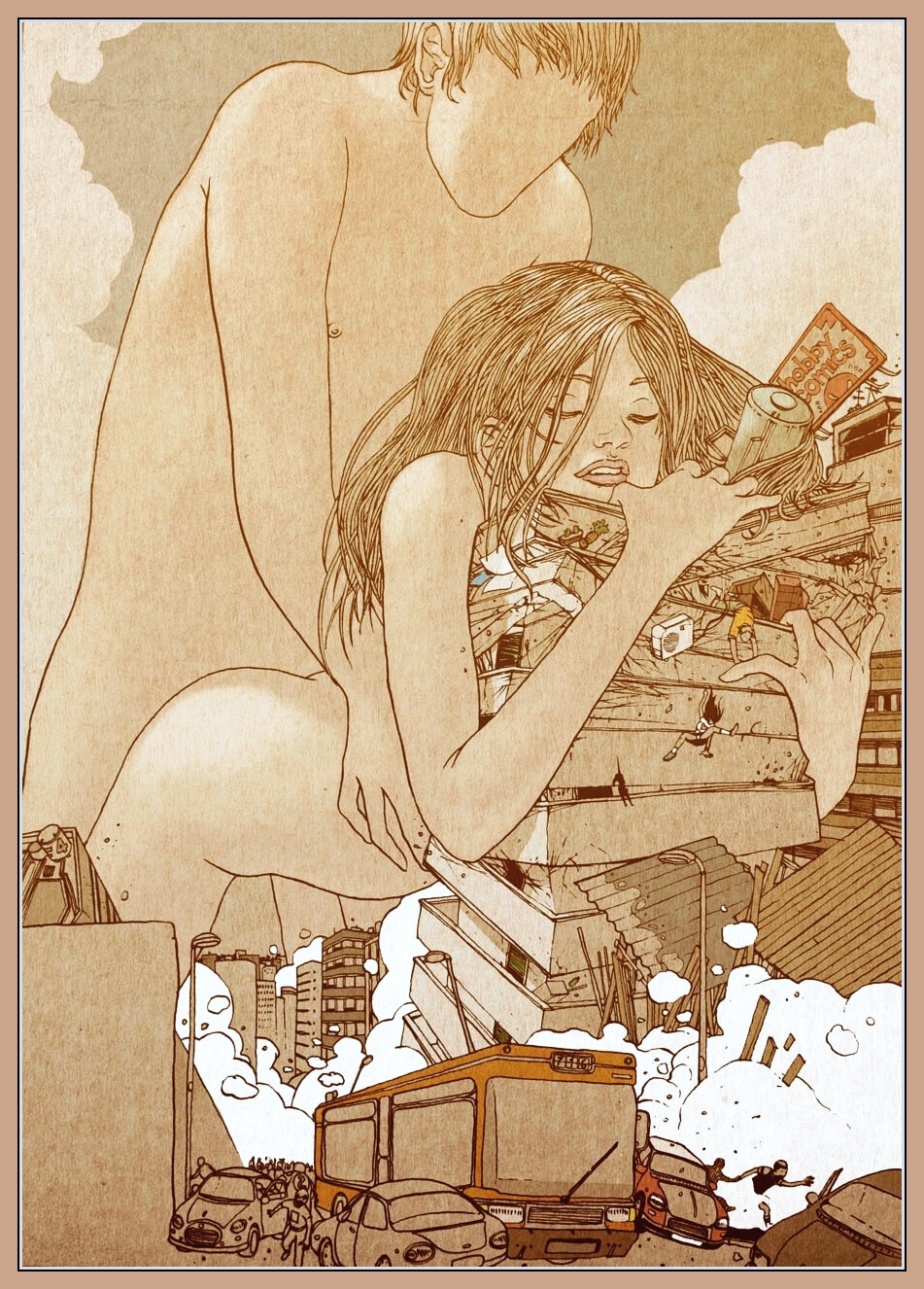 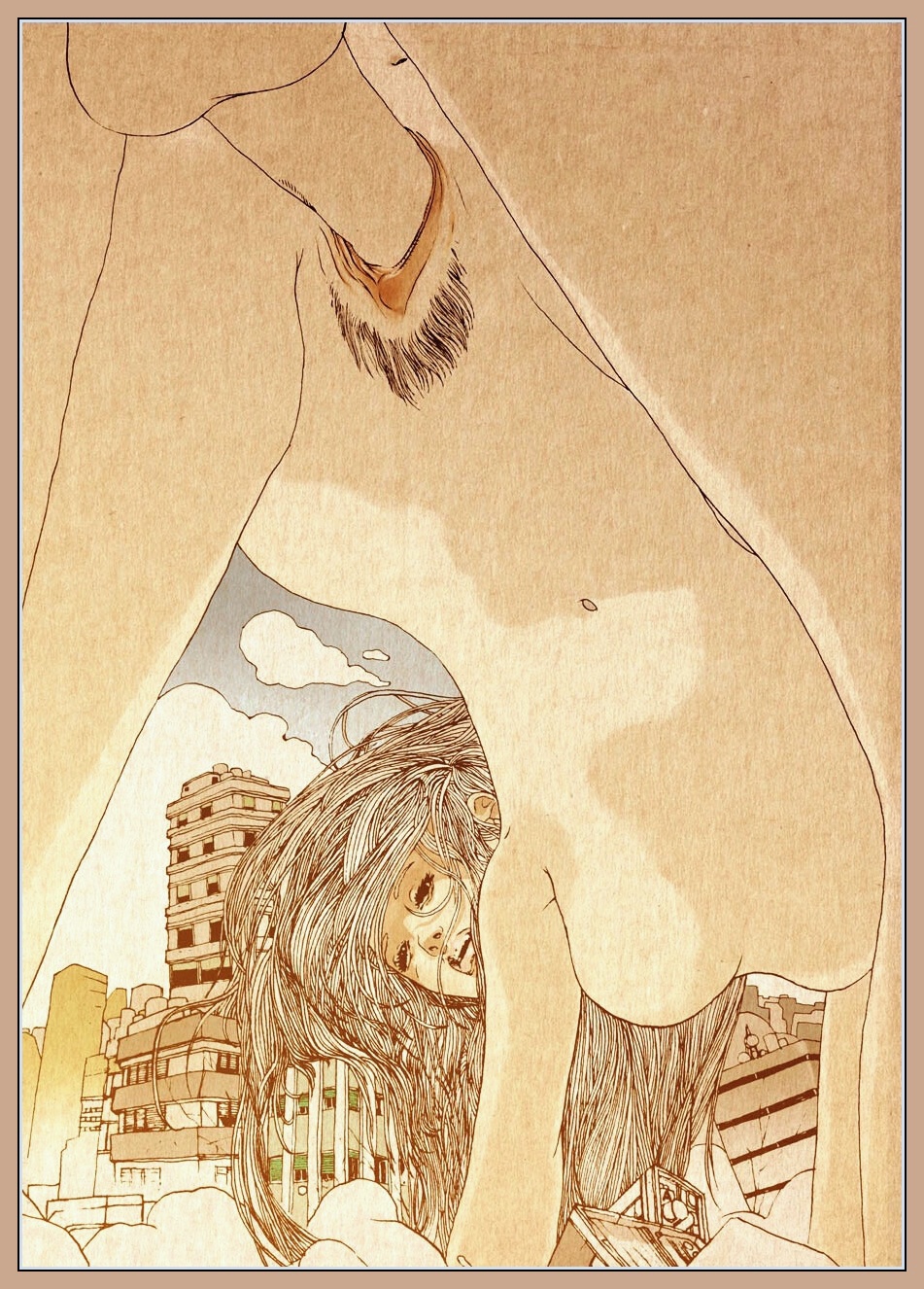 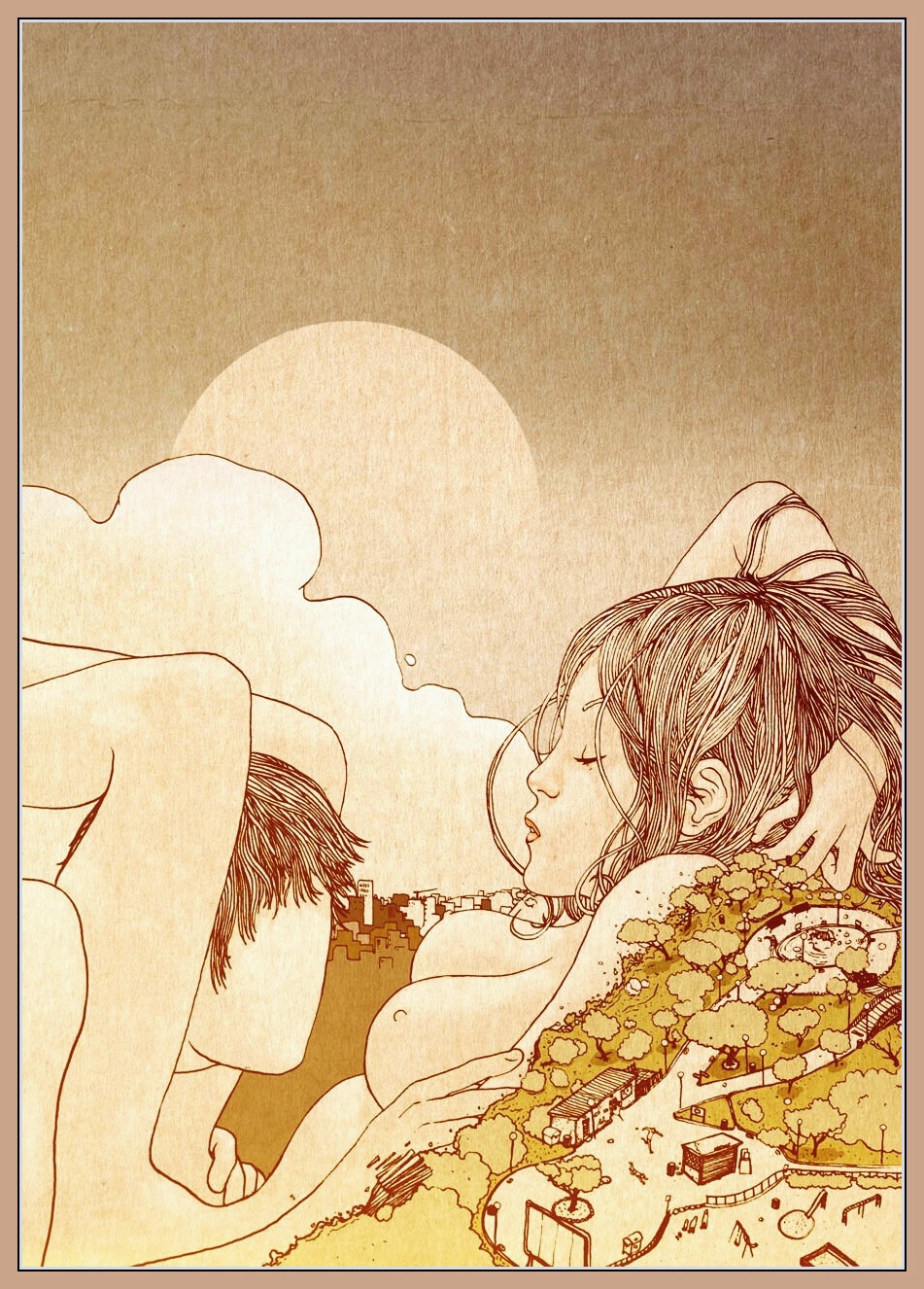 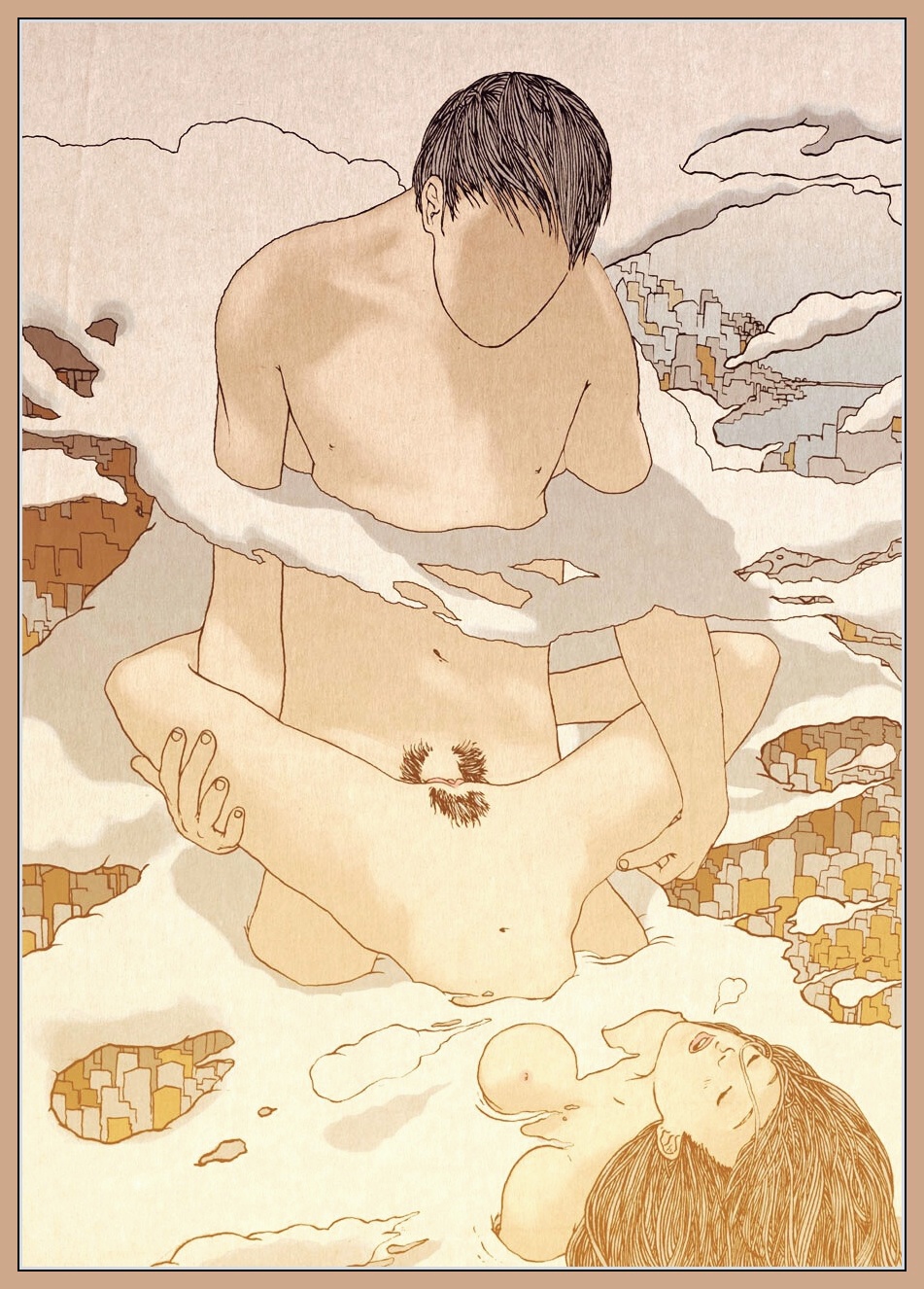 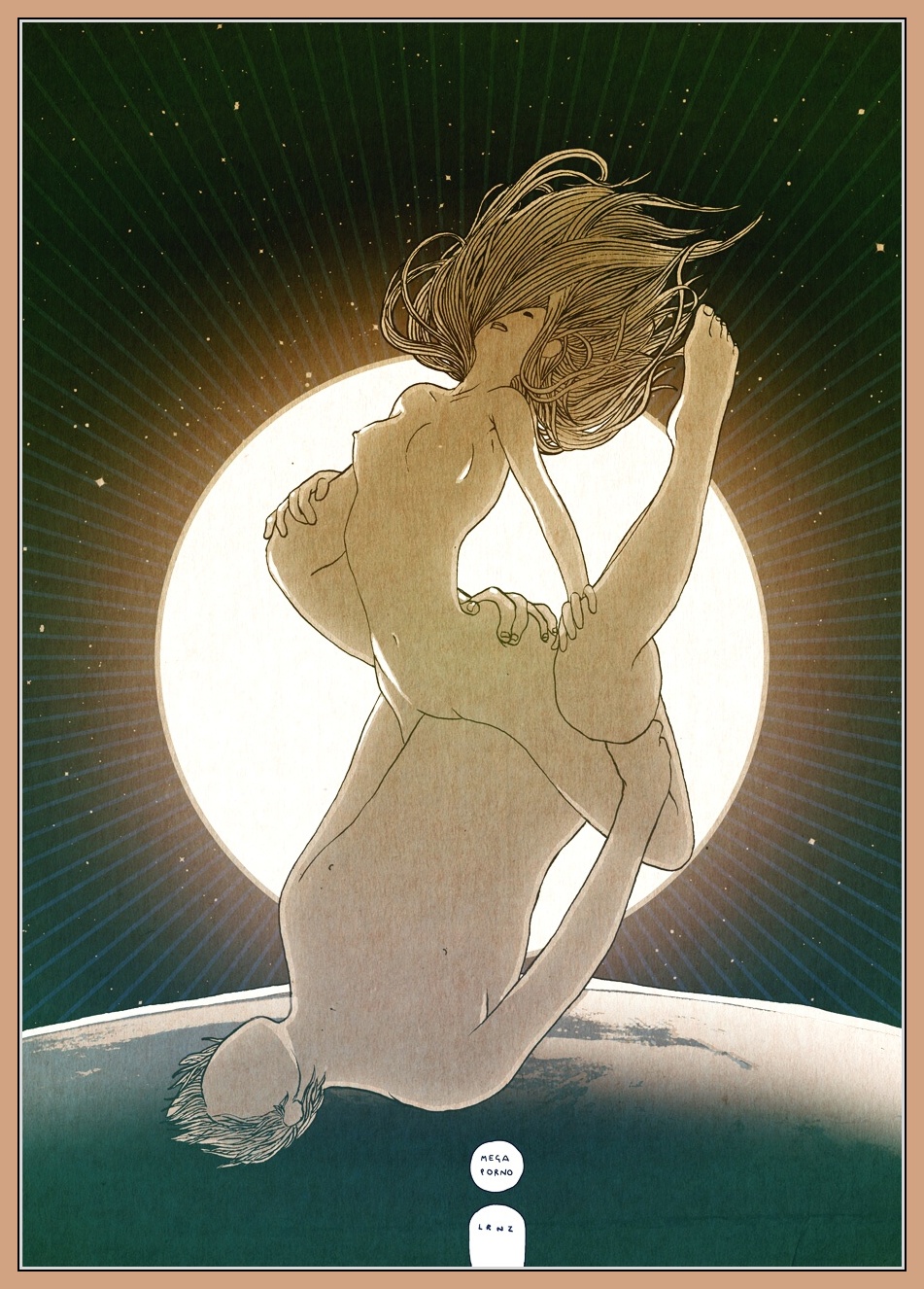 Other example of LRNZ graphic design.